Did Beyonce Lip-sync the National Anthem?

At the president's inauguration last Monday, Beyonce was chosen to sing the National Anthem for the ceremony. At first, everyone thought that her performance was over-the-top amazing, but then, speculations have been made that perhaps, she was not singing live. However, regardless of whether she did or did not lip-sync, it was still her voice. If she lip-synced, it has been shown that it was a pre-recorded track of her own vocals. Either way, it was still her voice. 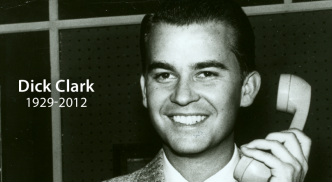 The legendary TV host Dick Clark suffered a major heart attack today (April 18) and died. He had a stroke in 2004, forcing him to reteach himself how to walk again and talk. In 2006 when he returned to the scene, Clark's speech was clearly affected. In 1957 Clark made his debut as the host of "American Bandstand" with guests like Elvis Presley, the Jackson 5, and Janis Jopin featured over the years. He is also known for his New York's Rockin Eve that has aired on New Years Eve since the 1970s to drop the ball in NYC to bring in the New Year. A few years ago, he handed off his spot as host to Ryan Seacrest, but still making an appearance each time since then. Clark launched a his own network that created The Golden Globes awards, The American Music Awards, and many more. Though he is gone, his legacy will go on.

8.6 magnitude earthquake strikes Indonesia. The tsunami warning has been lifted, but an aftershock did occur

Large wildfires, something usually associated with the western U.S., have been on the east coast this time. It is believed to be due to the winter that wasn't for most of the world.
Annas's Website 2012 ® All rights Reserved